Over this weekend there have been many events and things to do here in Lincolnshire. 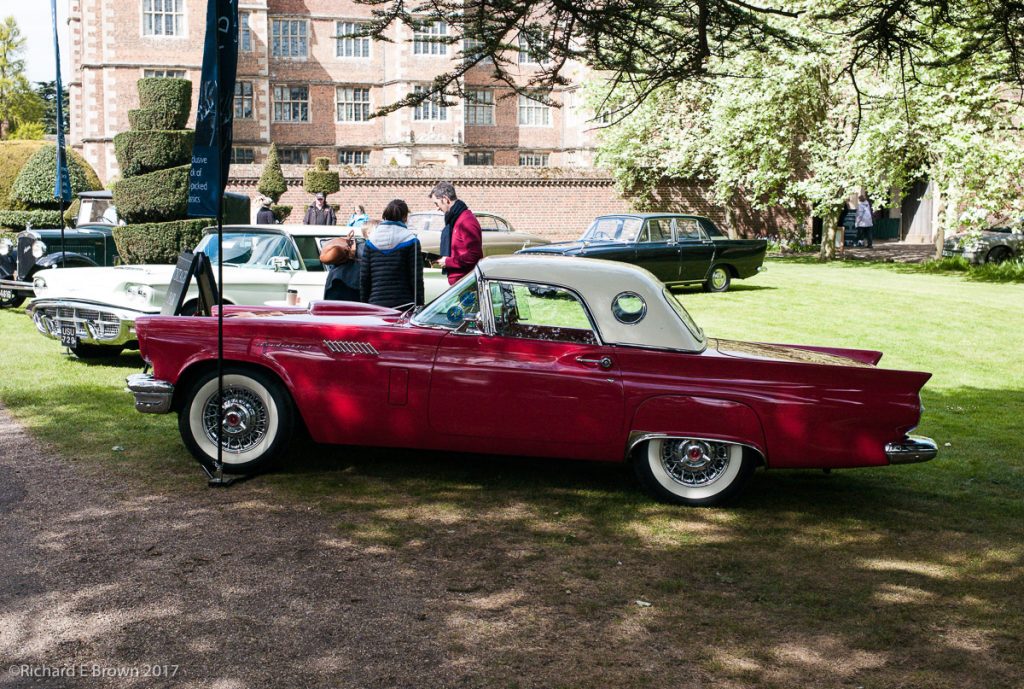 As I mentioned in the last post, with this being a long weekend we spent one of the days in Epworth. 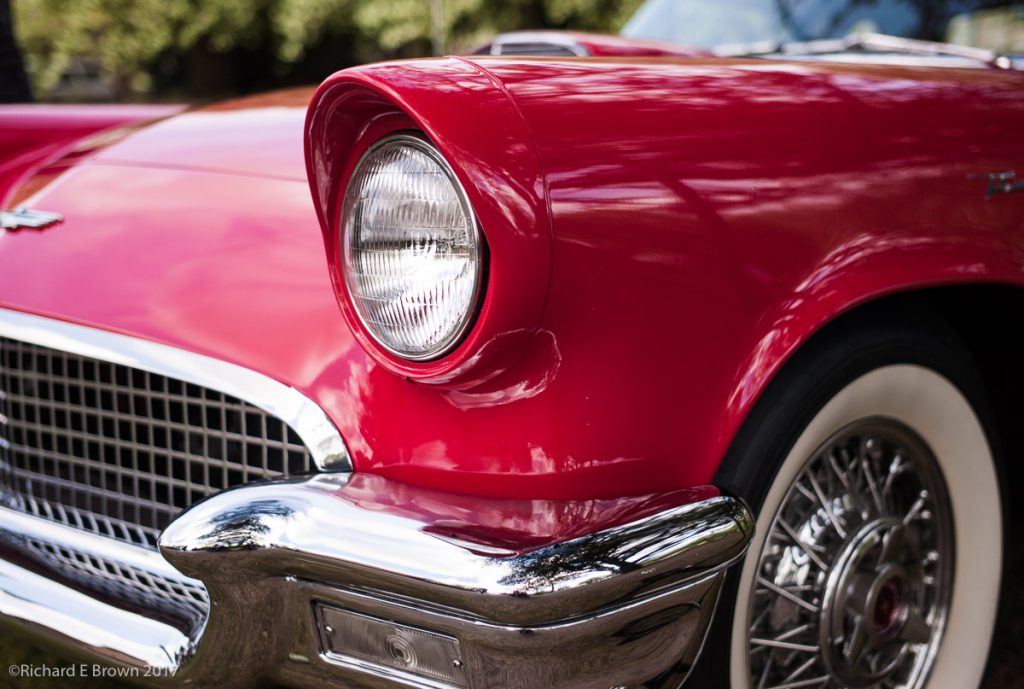 On Monday we visited Doddington Hall a local stately home.  They were having a vintage event, with classic cars outside and a market inside. 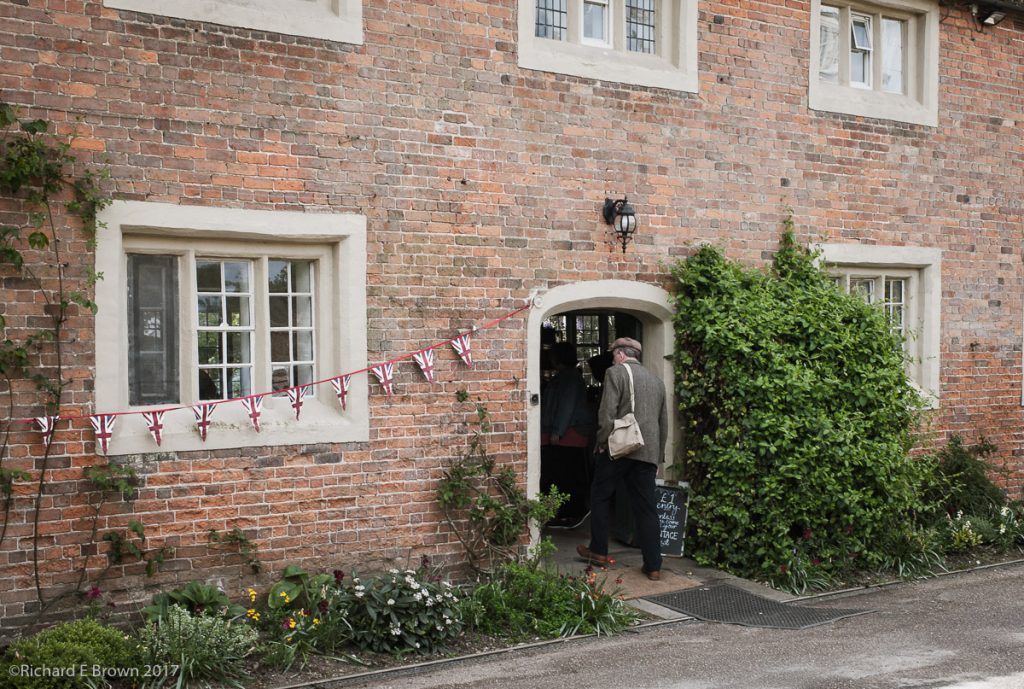 People were invited to attend in vintage attire so we decided we had to.

Caroline wore a classic 1950’s dress, which she had made herself, and so looked very much the part.  While I wore some smartly tailored english trousers, a plain Irish made white classic shirt, english brown brogues and a Harris Tweed jacket, topped off with a Fedora hat. 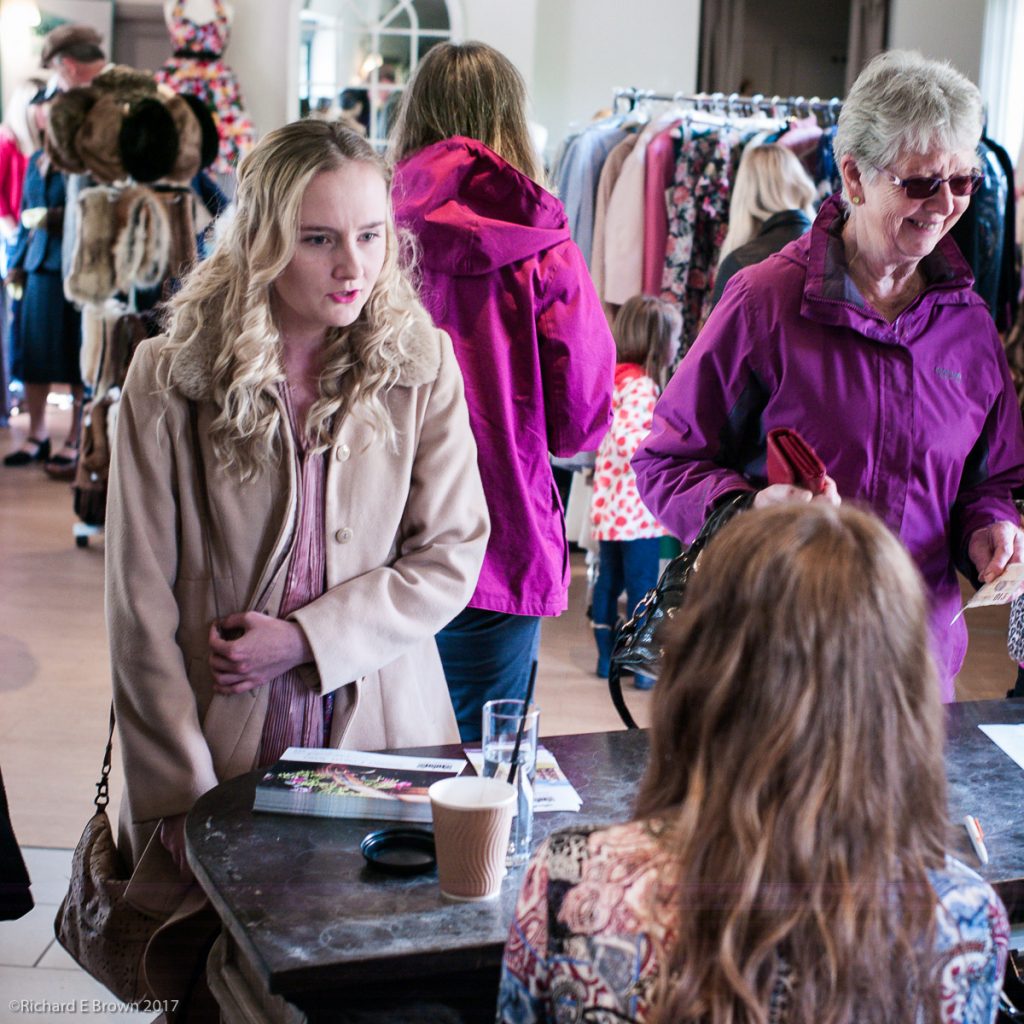 I was surprised how many people had dressed up.  Interestingly while couples were dressed up, for singles it was mainly women dressed up, but there were a couple of solo men who had dared to be different.  We even had a steam punk. 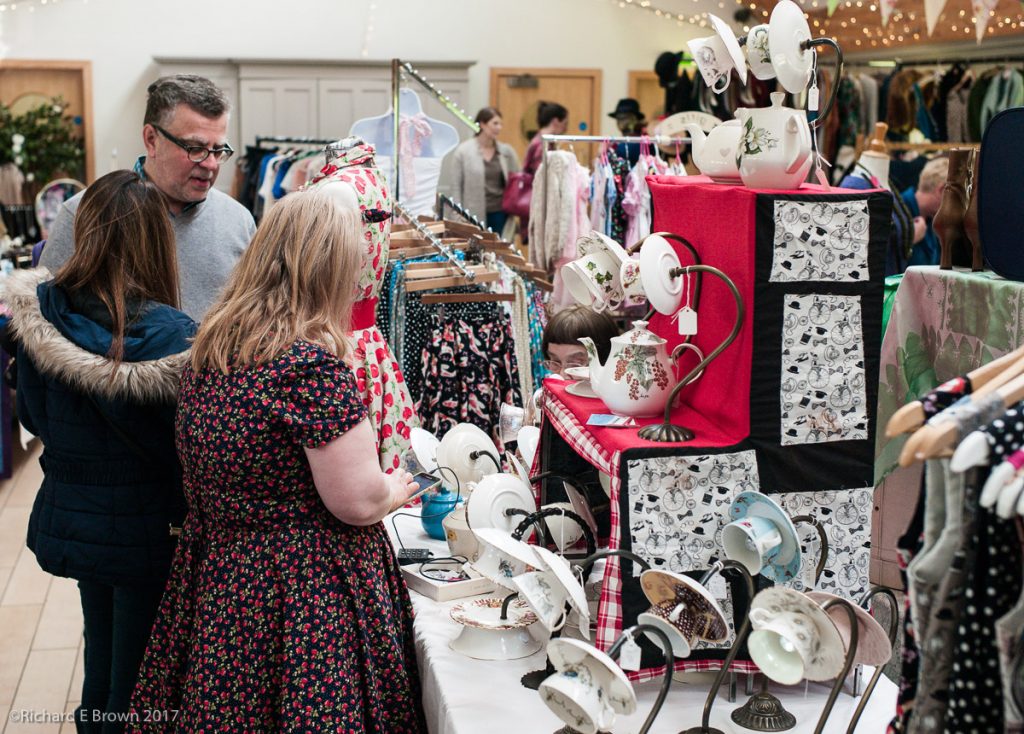 Inside was the usual collection of vintage stalls, most of them being 1960’s and earlier.  At a few recent vintage events we have seen things from the 1980’s being called vintage, which really makes us feel old. 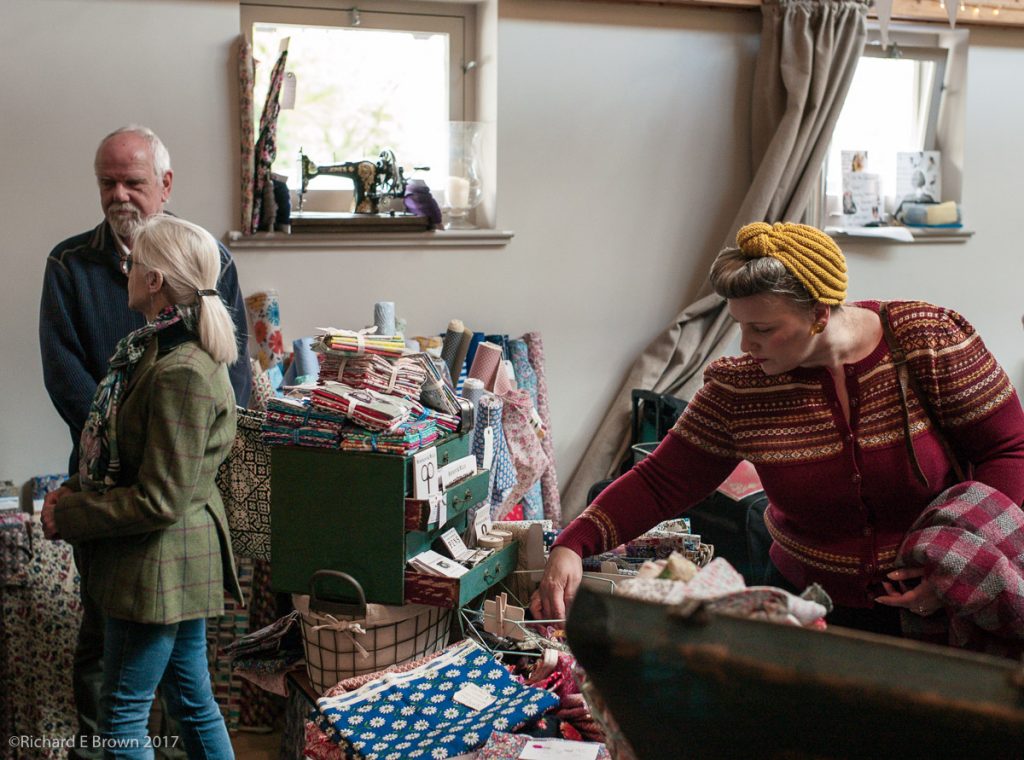 Caroline’s favourite Lincoln sewing shop had a stall there, and the owner recognised the fabric that Caroline’s dress was made of; she had bought the pattern and the fabric from their shop.  She asked, and Caroline graciously agreed, to be photographed. 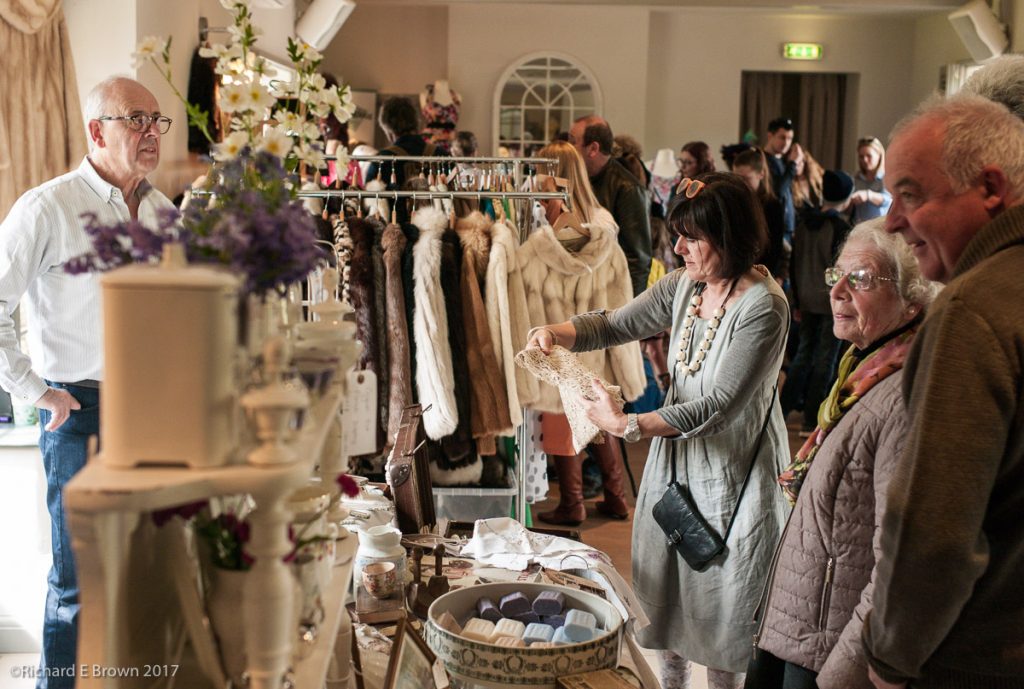 While Caroline was buying a new pattern and the fabric for it, I treated myself to a small leather vintage driver’s license holder.  The new plastic photo licence fits nicely. 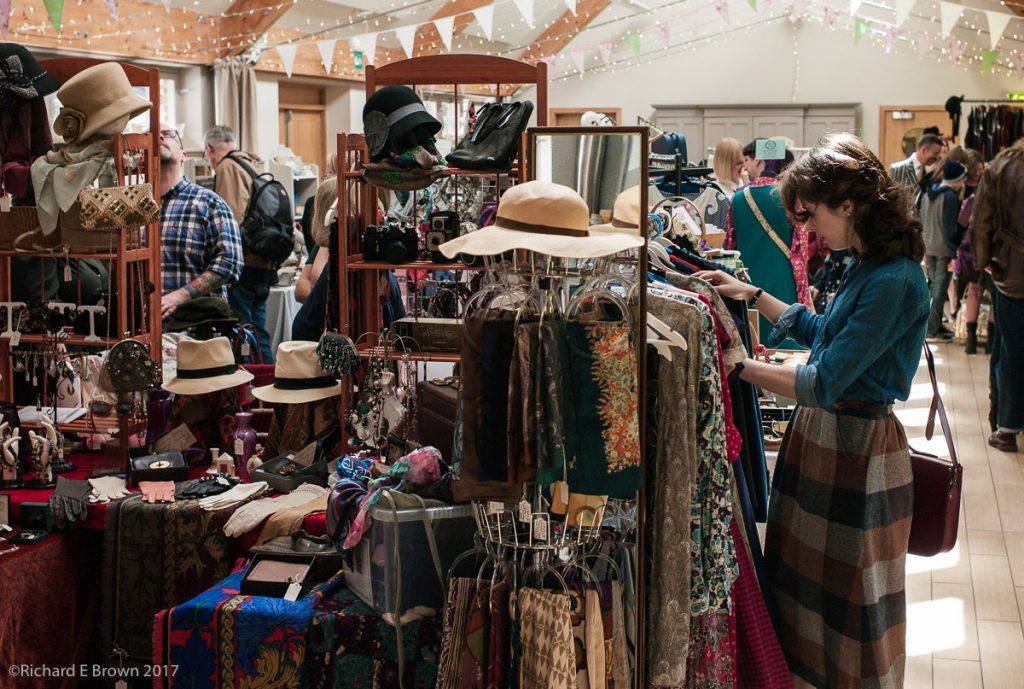 There were also a few vintage hats but nothing as nice as what I already have.

Caroline then bought a handbag to add to her collection.

Overall a fun morning out and well worthwhile.  With this kind of event I was shooting with the Leica M8 and a 35mm Summicron which looked the part.  With the challenging lighting conditions and my M8’s limited ISO range, I suffered with a number of shots being blurred due to slow shutter speed, and the interior had mixed light sources, of sun, and several different types of artificial light sources, so the white balance was a challenge.

It was a shame my Leica M10 has not arrived yet.