Over the last few years we have been slowly visiting each of the main habitable islands that make up the British Isle’s and photographing them.

Last year we visited the Isle of Skye again (one of our favourite Islands) but also spent a week exploring the Isle of Lewis and Harris.

When shooting film, sometimes you are very pleased with the results, other times less so.  I find whether shooting digital or film, its often worth revisiting a photograph months later, when the emotional side of taking the photograph can no longer influence you.

Sometimes you want to like a photograph because of the effort it took to take it.  The above shots are a little like this.

There was quite an effort to get down to the coast and setup for 4:30 in the morning to be ready for the dawn.  When the results came back I was a little disappointed, all that effort for not a very good result.

I reviewed these shots again, and this time I liked them.

Its interesting what time can do to your opinions on photography and on life. 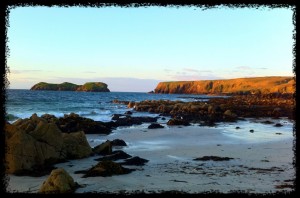 Holiday on Isle of Lewis.