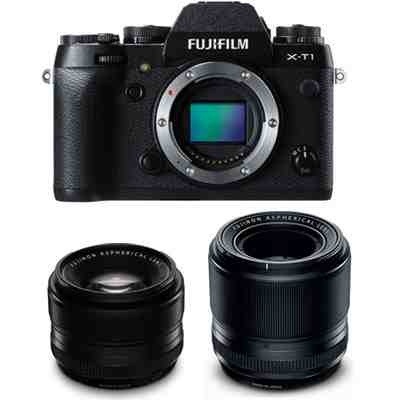 Fuji’s first attempt at a professional Mirrorless camera was the X-Pro1, a good attempt, with nice body and controls, hybrid optical/EVF viewfinder. There was a lot to like, but let down somewhat by the autofocus and what some consider the limitations of the X-Trans sensor.

Today they announce the X-T1, a camera that looks like they have been paying close attention to what Olympus have been doing.

The new X-T1 has a lot of good features including weather sealing and what promises to be the best EVF yet, well spec’ed and a claimed 54 frames per second with no lost frames when the light levels drop (are you listening Sony). Some Mirrorless cameras with EVF’s drop to 10-20 fps making it impossible to capture fast moving action and the decisive moment.

In case your wondering an EVF needs to reach about 240 fps to match a optical viewfinder. I think we are about three years away, but once there I expect most low end SLR’s to drop the expensive mirror and go with the cheaper to manufacture EVF.

Check out Chris’s Blog for more info and thoughts