Last week we had a few days a way in North Yorkshire.  While there we had a day in York and visited the National Railway Museum.  Last year we watched a program about the last remaining A4 Class trains from Canada, the Dominion of Canada and the one from America the Dwight D Eisenhower, and wanted to see these two together with their sister the Mallard and holder of the train land speed record for steam powered locomotives.

For two weeks only back in July on the 75th anniversary all six remaining A4 Class trains were together.  This year I believe the Canadian and American A4’s go home so it was a once in a life time experience to these two.

The museum is a great place to visit with lots of photo opportunities.  Take either a flash gun for fill in flash or a mono, or tripod as the light levels are quite low. 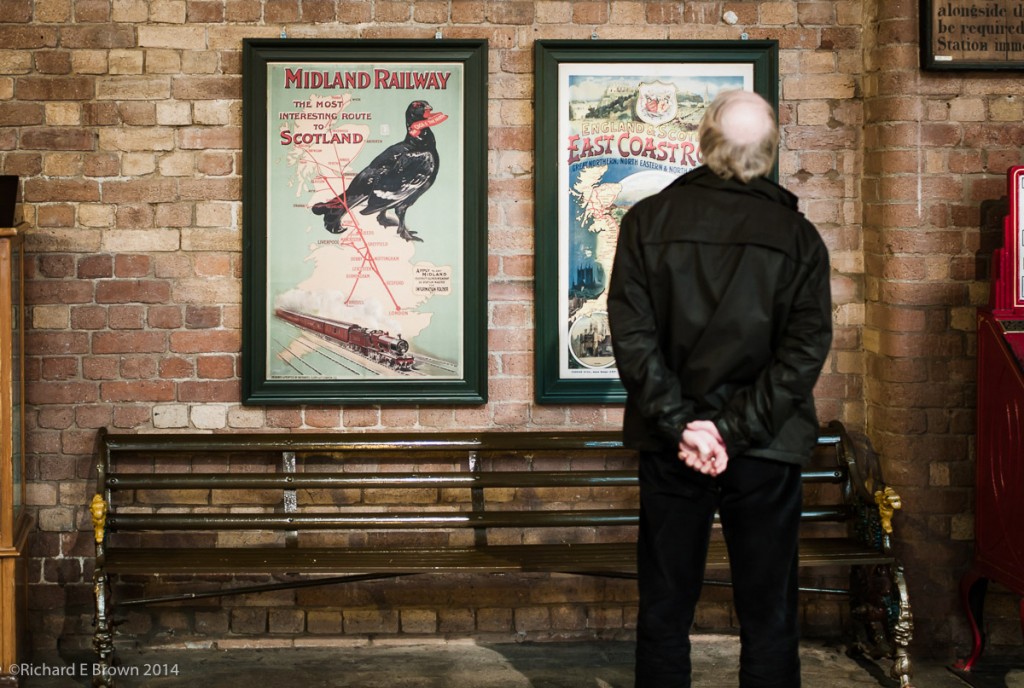 I was travelling light with just a Leica M8 and a 50mm Summilux and a 35mm Summicron so most of these are shot wide open at shutter speeds as low as 1/15 second.

One advantage of shooting with mirror less cameras is that you can use slower shutter speeds as there is no mirror flapping around to cause camera shake.