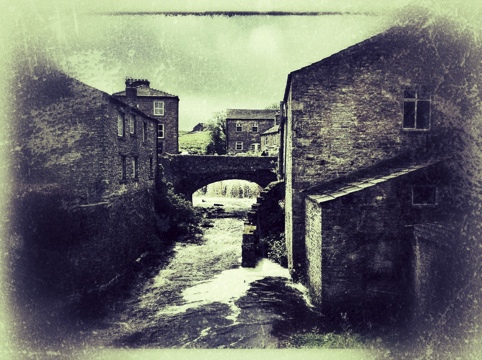 The weather on day one and four was challenging and dramatic, possibly the second worse rain storm I have ever ridden in, thanks to a great bike and good clothes we got through it and even enjoyed it.

The middle two days were spent generally riding round and site seeing. We went on a bit of a waterfall hunt. With the rain they were in full flow and a truly dramatic sight. We even found the waterfall from that scene in “Robin Hood Prince of Thieves”‘ where Marion is watching him bathe.

It was a hot afternoon, and it was tempting to jump in, but instead I just photographed the scene.