Yesterday was my third trip of the year to photograph some wildlife. I was intending to visit Whisby Nature Reserve as its now been about eight months since I last visited.

I decided to visit the old faithful site, Hartsholme Park. With it now approaching Spring I expected the Herons to be there repairing their nests.

On parking up I loaded up with the minimum of equipment. Nikon DSLR, a D200 with Grip and extra battery. A TC17 Extender, which multiplies your affective focal length by x1.7 but looses you a stop and a half of light (Nikon also do a TC14 (1 stop loss) & TC20 (2 stop loss). My lens was my new Nikkor 300mm f/2.8, with a Kirk foot and my Gitzo Systematic GT5561SGT Tripod and lastly a Really Right Stuff BH-55 ballhead with B2 AS II clamp. 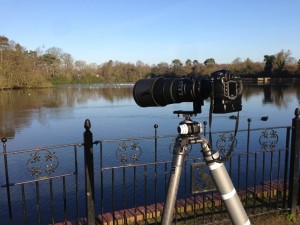 As you can see a big heavy lens, heavy tripod and a heavy duty ball head. A 300mm f/2.8 is about the biggest lens you can cope with on a BH-55 ball head. If you go any bigger or longer you would need a dedicated Wimberley Head. 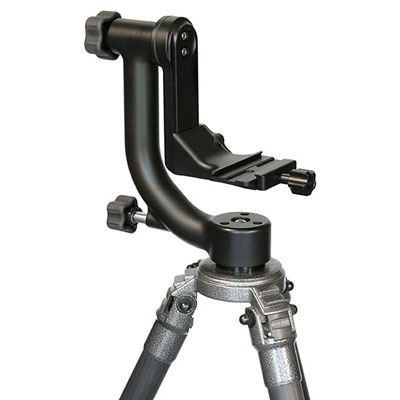 Certainly if I wanted to shoot bigger I would hire a lens, but would also have to budget for a Kirk foot and a Wimberley Head, so your first hire would not be a cheap affair.

With the camera and lens mounted on the tripod and the tripod carried over my shoulder, I made my way slowly to the lake. I was distracted for a short while by a small patch of woodland which had a number of finches in it, but due to low light levels and there fast movement I was unable to get a decent shot.

As I approached the lake I spotted a number of Herons in flight so I was hopeful I would get a few good shots. 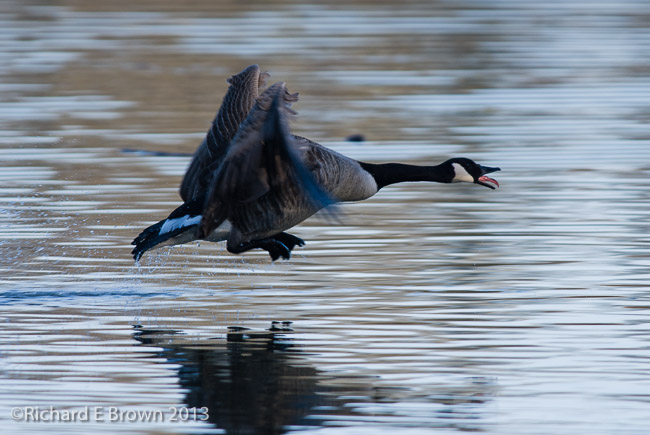 I soon setup, and once I was ready to shoot the Herons disappeared into the trees. Typical, but in the distance I spotted a couple of Great Crested Grebes.

They gradually made there way towards me and started to display near to the bank on my right. It was a little dim and the overhanging branches gave me a little trouble with my colour balance but as you can see from the very top shot, I managed to get a pleasing photograph of them displaying to each other. 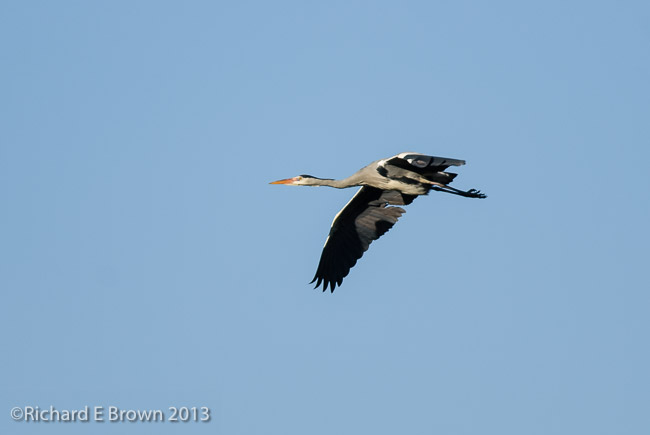 I kept an eye out for the Herons and was eventually treated to a fly past. They seemed to be collecting twigs to repair their nests. Unfortunately they rarely came close so the shot above was about the only decent Heron Photograph of the session. 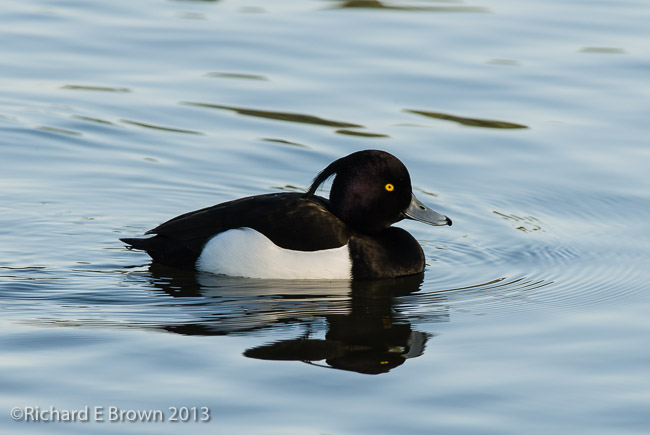 There were lots of Black Headed Gulls and some Coots and Moorhens but I kept concentrating on the Herons and Grebes. After a while a large number of Canada goose arrived. They were being extremely aggressive towards each other, proving their dominance.

While the Geese were chasing each other I spotted two male and one female Tufted Ducks. Towards the end of my session they gradually worked there way towards me and I managed to get a some good shots of them. I did try to capture one of the males with the female but I could not get them both in focus. A 300mm lens does not have a lot of depth of field so unless there both in the same plane of focus its tough to get the two birds in focus.

A good day and of my three trips out shooting wildlife this year, one of the best. What made it successful was two things. A good selection of wildlife willing to swim and fly close to where I was based and more importantly good light.

The light enabled me to capture a number of shots at the base ISO and at f/6.7 – f/8. One does have to work fast and have ones wits about you. Its one thing shooting a stationary bird in good light at say 1/60s f/8 and 100iso, but moments later you might need to shoot wide open at 1/750s at 800iso or higher. You need to know your camera well and be able to work fast.

It is practice sessions like this that will enable me, hopefully to get some good wildlife shots later in the year when I visit some more exotic locations.

One Reply to “Wildlife again – is Spring in the Air?”