With panniers, top box and tank bag loaded on the big GS, we started our holiday.  There was a risk of showers so we had waterproofs packed into the tank bag and a couple of light fleeces and a flask of cold water.

The trip though Lincolnshire was fairly straight forward.  I was heading for the Humber Bridge, now a much more used option on the bike as they have now made it free for us Bikers.  Tolls are a major issue on a bike.  For some reason the majority of toll booths are on a slight slope.  Try holding a bike upright with the back brake on, trying to take off your gloves, find the toll money and not drop a heavy well loaded bike.  Once paid, you then have to put the gloves back on, re-adjust the cuffs of your jacket while a growing queue of cars builds behind you.  Waving bikes through and not having them pay just makes far more sense.

We stopped for a biscuit and drink of water at the County Park on the north side of the river then made a quick stop at the local supermarket to fill up with fuel. 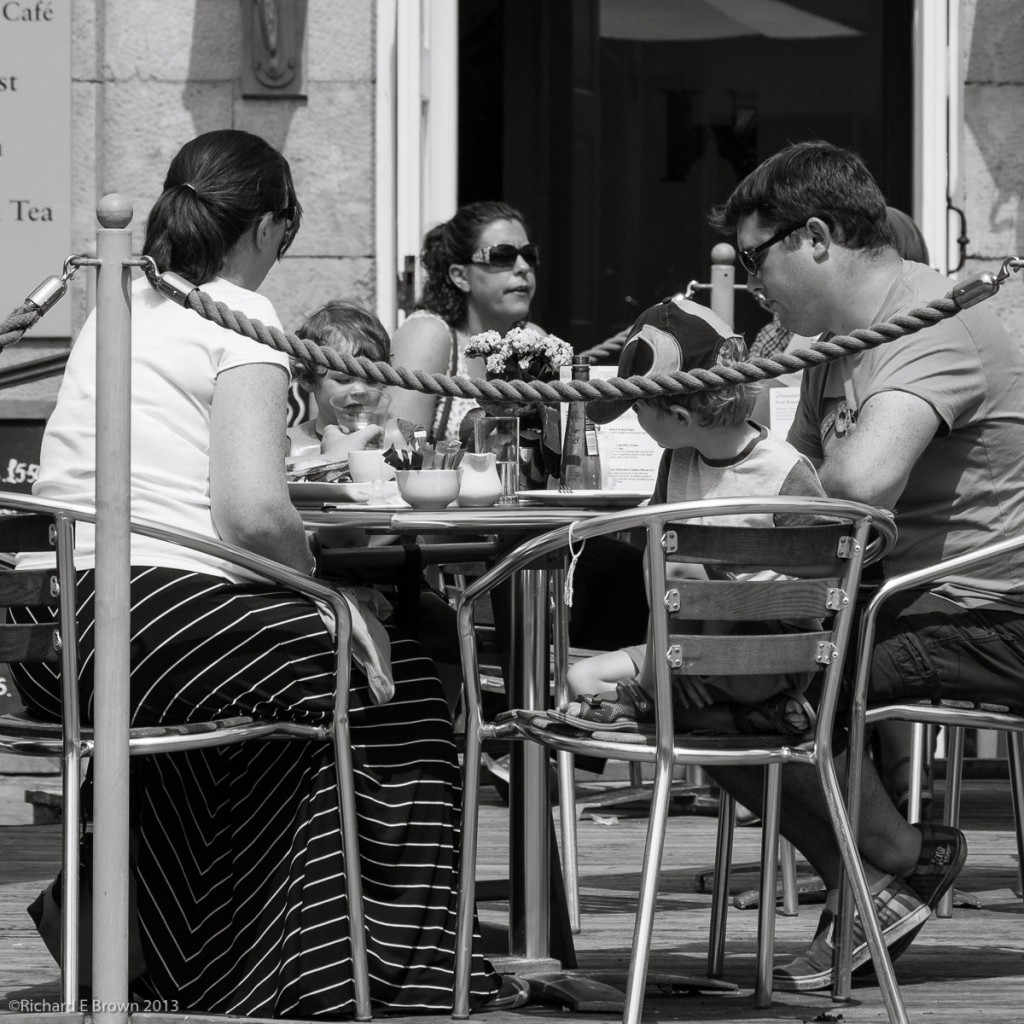 We then headed off across country to pick up the A19 round York and the only real traffic of the journey.  We then took the A64 before turning off towards Castle Howard for Lunch. 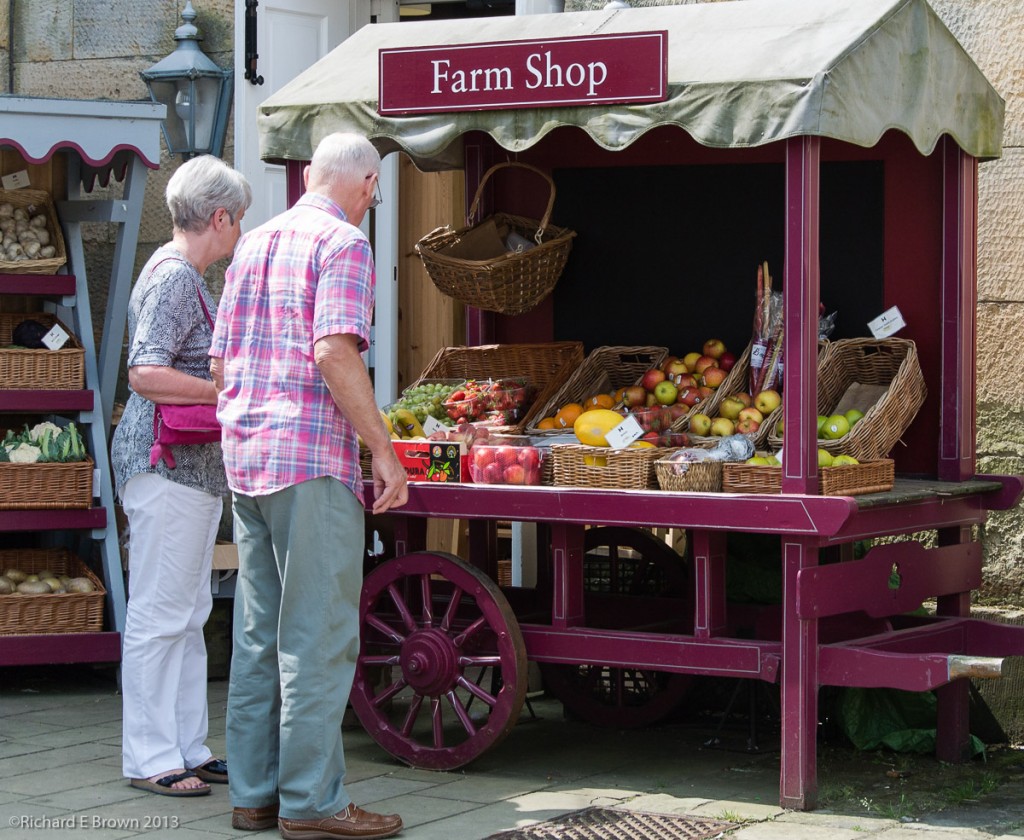 With the warm weather, the stop at Castle Howard was the perfect time to shed a few layers.  I was down to just a Polo Shirt and my BMW Rallye Jacket with the Gore-Tex liner removed.  No risk of rain now, though we did have about thirty seconds of the lightest drizzle you can imagine while crossing the River Humber.

The roads across the Pennines were great fun, with the fully loaded bike the pace was steady but there was a lot of other bikers on the road, tourers like us taking it steady to the ‘Power Rangers’ on there ‘Rice Rockets’ 😉

The final road to Jedburgh was a major roller coaster ride.  The A68 is fairly straight but it goes up and down like you would not believe.  Living in Lincolnshire you learn to approach blind summits with a degree of care.  While famous for being flat the wolds have some great hills and a ninety degree turn directly after a blind summit is not unknown.

We had one last break at a village pub late in the afternoon where we enjoyed a pint of cold lemonade before we finally arrived in Jedburgh. 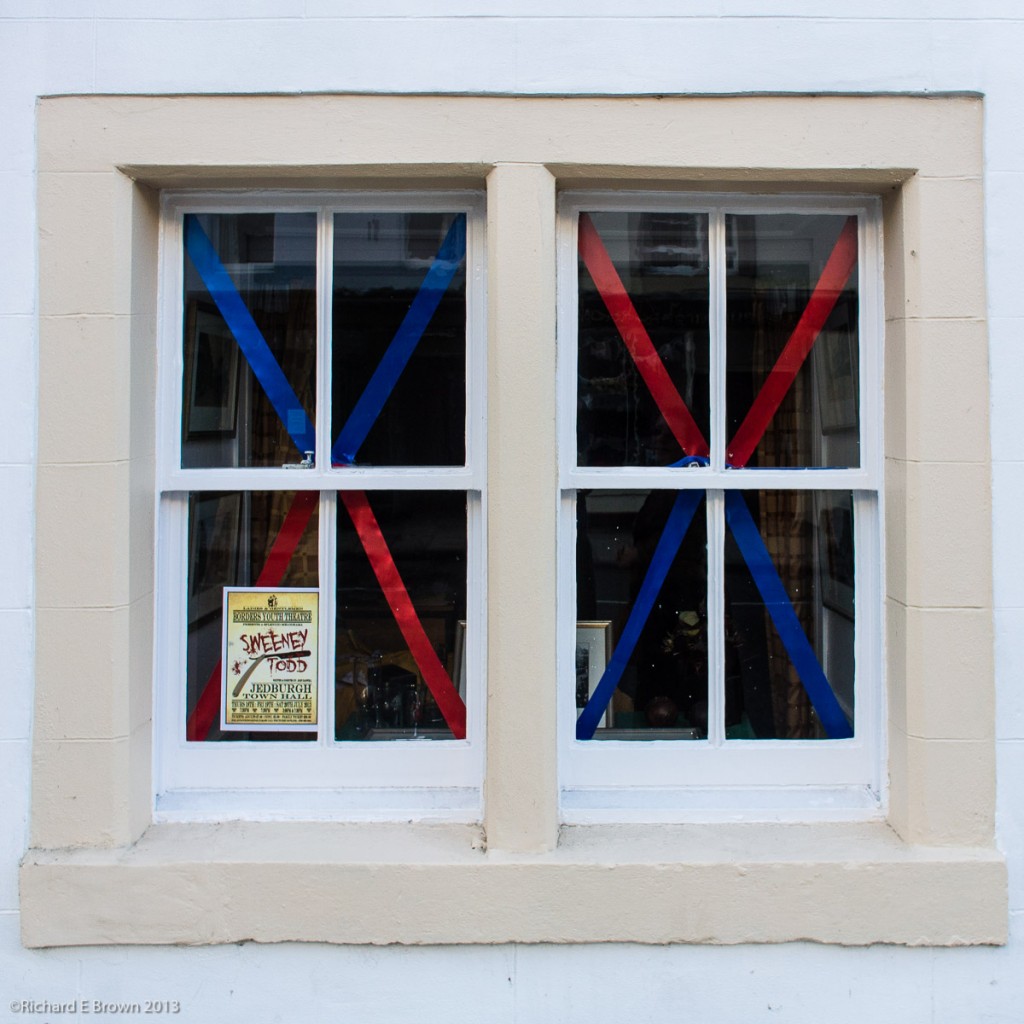 We arrived to find the town had been decorated in our honour 😉 In the days before it had been the Jedburgh festival.  The B & B owner had kindly removed his car from the garage so we could park in there.  After unpacking we had a quick shower then headed into town to find something to eat.

Jedburgh had one of the finest Indian Restaurant’s in Scotland and was very well regarded.  It was now under new management but it still served a fine meal. 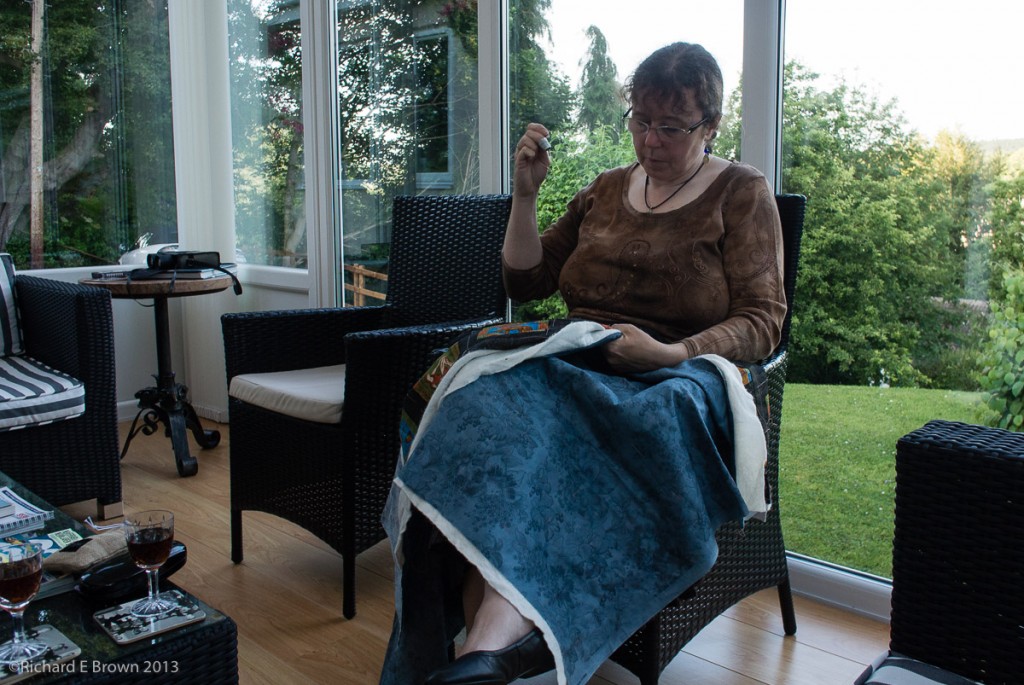 We then headed back to the Bed and Breakfast and relaxed in the conservatory.  Caroline had managed to find a way to pack some sewing; a half finished patchwork quilt that she could quilt in the evenings.  As we relaxed we enjoyed a evening drink courtesy of the owner of the Bed and Breakfast.