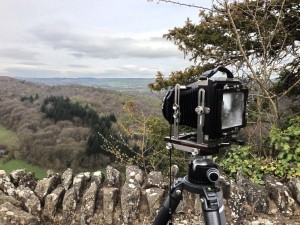 In some ways 2013 was a light year for landscape work but it was more down to the fact that most of my work was film, Large or Medium Format.  Exploring a new location and coming back with two exposed dark slides of Large Format film is like coming back from a shoot with your digital SLR’s with two 64 GB memory cards full ;).

Most of my film work for 2013 has yet to be scanned, Santa while getting me a wonderful Adobe RBG wide Gamut NEC monitor for picture editing, he seemed to have forgotten a new scanner, of well, maybe next year.

I found it interesting that most of the above shots were taken with my Leica and the for Leica the budget Elmar 24mm f/3.8, its been the camera I generally walk around with, being small light and close to film frame 35mm.  Yes I know in technology terms my digital M8 is ancient, its an original M8 with the M8.2 upgrades applied, so the sensor is back from 2006.  Even when it was released the camera was known for its noise above the base ISO and shooting above 640 ISO is not a good idea, its colour can be inaccurate due to its over sensitivity to infra-red but these negatives are overcome from the fantastic lens available and the way the M8 handles tones, especially with Black & White.  If your after a stunning Black & White camera that uses Leica Lens and can put up with the Range Finder experience its definitely worth considering.  The other option is the new Sony Alpha A7, if you as wide as 24mm then you should consider the A7, if you only shoot from 35mm then go for the A7R.