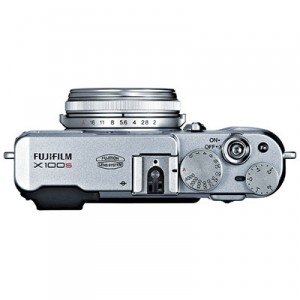 When I think of good customer service I tend to think of Marks and Spencer, Hasbean and Wexphotographic.

All three have gone beyond what was necessary to give me good customer service.

While mistakes should not happen we live in the real world and mistakes do happen.  Its how companies deal with mistakes that you learn if you can trust them.

Canon in the past and Nikon recently with the D600 debacle have demonstrated how not to give good customer service.

Fuji released the X100, it was a good camera with some revolutionary features but the focus was subpar, they carried on releasing updates and it got better and better, they listened to there customers and did the right thing.

When the X100s was released it was fairly sorted as cameras go but they carried on releasing updates and it got better and better.  With the recent firmware it has no real issues.  Then Fuji pulled a surprise; they released a focus update for the old X100, all of a sudden users of the X100 did not have to upgrade to get the better focus.  Fuji put customers ahead of sales and built trust.  How many of those X100 users who did not upgrade to the X100s are going to carry on buying Fuji when they want to move on.  Most of them I expect.

Just over a week ago issues with the new X T1 started to emerge, you can read the details here  at Chris Bennett’s Photo Blog, once again Fuji has stepped up and is doing the right thing.

Other camera companies better watch out, Fuji are building a great system but more important they are building a reputation of a company that can be trusted with your money and when issues occur they will sort them out.