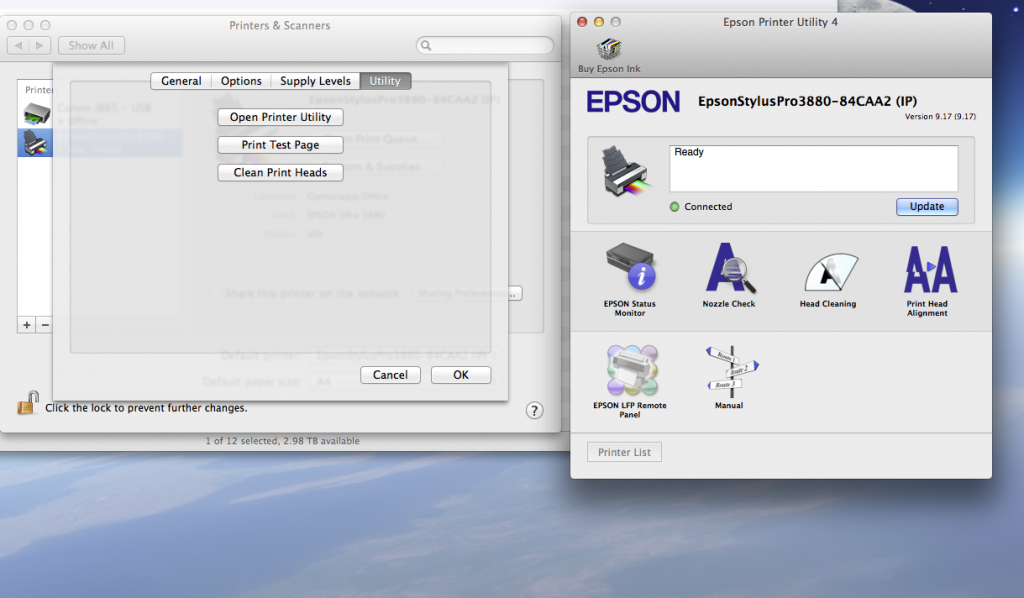 Printer installation has not always been the easiest of things, though over the last few years things have gotten a lot better.

The first tip I can give you is generally bin the CD that comes with it (well file anyway).  Generally the drivers and utilities that come on the disk are a) out of date and b) will install a lot of rubbish on your system that you do not need.

I downloaded the quick start guide from Epson’s website just in case the information now was a little different to what came with the printer.

With the Epson the first task after unpacking and removing what feels like hundreds of pieces of small blue tape from the printer is to power it up unconnected to your computer or network.

It will then automatically pop open the ink draw allowing you to install the ink.

The printer then takes about 5 to 10 minutes to prime, while it was doing this I installed the printer driver from Epson’s website.

With the printer primed and the driver installed it was time to connect.  This printer will be used by several computers so instead of connected it to my office computer I plugged it direct into my office switch via the ethernet port in the back of the printer.  This printer is not wireless but then if you need that you can always plug it into a Apple Airport like device.  It was then just a matter of going into Settings, Printer & Scanners, and clicking on the add printer button, the Epson appeared in the list, so I so selected it and that was it, a very painless installation. 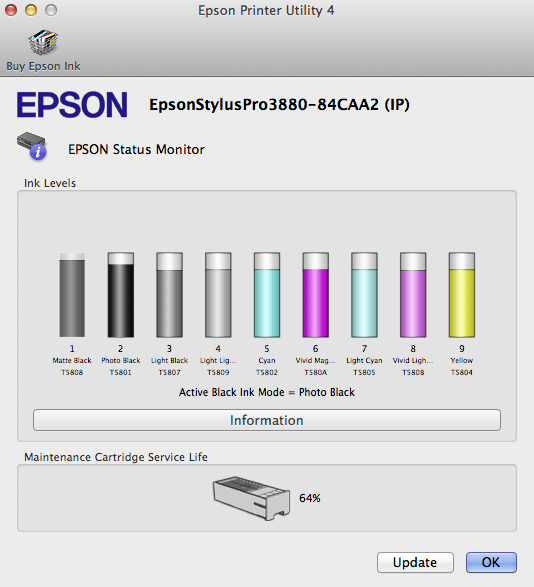 My first trial packs of paper have now arrived and I have started to test.  The results are excellent and I must say the Soft Proofing in Lightroom V5 with the paper profiles installed is very accurate at predicting the final results but i’ll discuss that in a latter blog post.