Today 35mm film is just about dead.  I shoot a roll of 35mm in my Nikon FM2n about once a year, but even most die-hard film users will admit digital has replaced film for 35mm users. 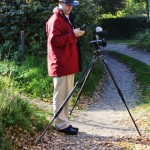 Most of my pictures are taken with my trusty Nikon Digital SLR’s, but when I shoot Medium Format or Large Format I still use film. 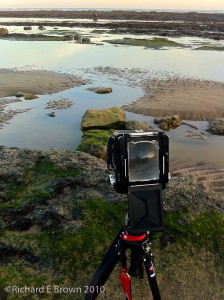 Its great to hear that over the last couple of years, film sales have stopped decreasing and have actually increased, especially for black and white users.  Even 35mm black and white sales are increasing.

Many new photographers are enjoying the experience of developing film for the first time.  I have to admit it is quite good fun, though I have not developed my own film now for nearly ten years.

While developing film is experiencing a resurgence, printing still seems to be in decline.  While developing a film is relatively easy, and no dark room is required thanks to tools like my own trusty Paterson Development Tanks, printing in the dark room is much harder, and can takes years to master to produce consistent high quality prints.

Today, once you have got your negative then once again digital takes over.  Negatives are scanned and then the modern computer printer produces the final print.

This month I shot two rolls of Medium Format 120 Fuji Velva, and on Saturday I got the results back.  I have to admit, its a bit like Christmas opening the packages. 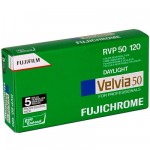 I was extremely pleased with the results, and my metering skills are certainly improving.  I look forward to my next film day with some anticipation.