I was thinking that I would have my next flower photo shoot in the studio, but then I thought it would be good to show you what could be achieved with just two flash guns outside on a sunny day.

The setup is relatively easy.  Camera on tripod with hot shoe flash and a moderately short telephoto lens in my case a D200 with a Nikkor 105mm f/2.8.

To my right I mounted a Nikon SB-800 hotshoe flash.  This was mounted onto a small light stand and was firing into a small brolly.

The camera mounted flash was set up as a trigger and was not contributing to the overall exposure.

Behind the flowers I had a black cloth. This was supported by the usefully provided double ended clip that comes with the Nikon Macro Flash kit.

The actual exposure was very simple I switched the camera to manual and set the flash to FP Hi speed sync.

I picked a shutter speed in conjunction with an aperture to give me sufficient depth of field and but would underexpose the picture.  The flower exposure would be handled by TTL flash.

After a couple of test shots, the photos looked a little dim, so I dialed in +2/3’s of a stop and they looked good. 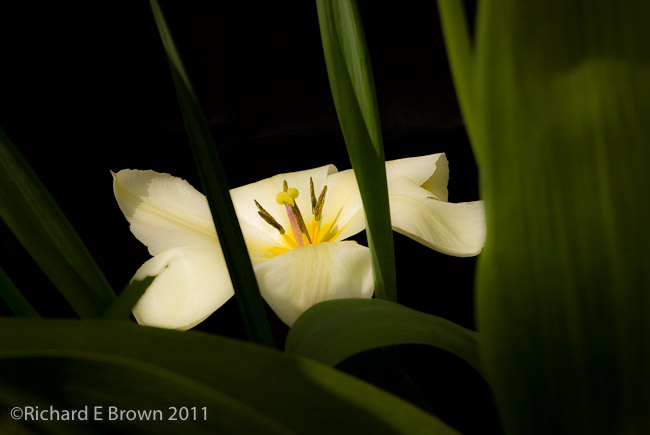