I have just spent the week in Ireland and Scotland on a photography trip.  I was travelling light, with just the Leica M and iPad.

One of things I often like to do is log the GPS co-ordinates into my metadata.  Now many compacts now have built in GPS but for more advance systems this is either missing or requires an add on.  Nikon and Canon do a plugin to the hot shoe, the Leica T for instance has a GPS built into the external EVF.  One of the handgrips available for the Leica M 240 has GPS built in.

There are other ways to get the data in and both myself and Chris Bennett use GPS4Cam a simple little iPhone utility.

While shooting in Ireland, I did a little testing with the camera set up in different ways, so sometimes I shot RAW+JPG and other times just RAW.  The camera is faster and more responsive just shooting RAW but I also often like to have a JPG in Black & White to evaluate along side the RAW.

While sorting out the images back home I discovered that the GPS4Cam desktop client was unable to read the Leica RAW files, now these are standard DNG’s not proprietary.  It has in the past had no trouble at all with Nikon proprietary NEF RAW files so I did not expect this.

The solution was quick and easy, just open up the Q code image in Photoshop via CameraRaw and save as a jpeg, then it had no issues. 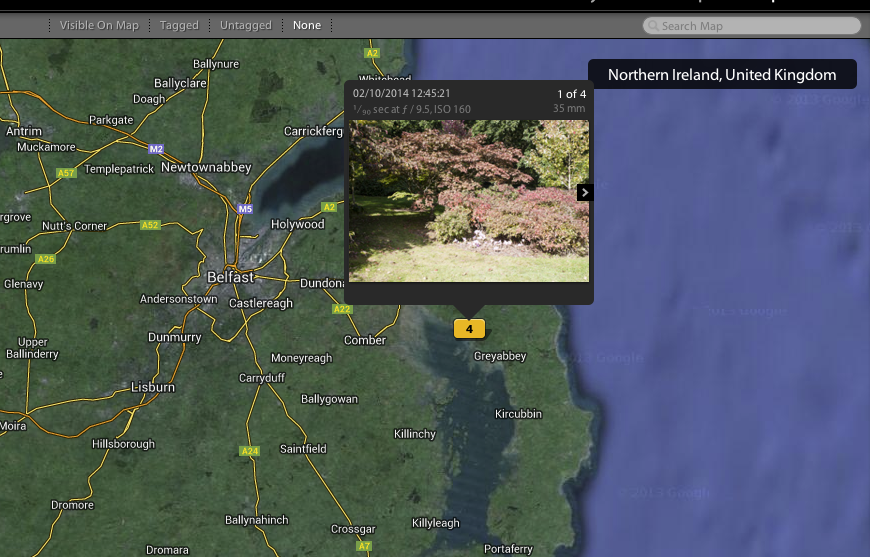