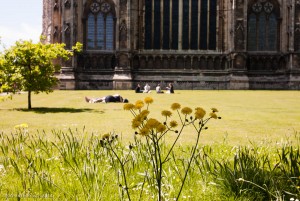 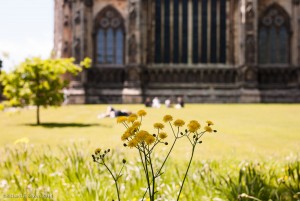 This months picture of the month is from another set I took around Lincoln Cathedral.  There were four images which I though were good candidates; two where very much like previous Photo of the Month’s so I dismissed those which left me with these two.

The top shot was taken at f/8 while the bottom at f/4.  I was after bringing the attention to the flowers so defocusing the background but still giving the view the chance to see what the background was.