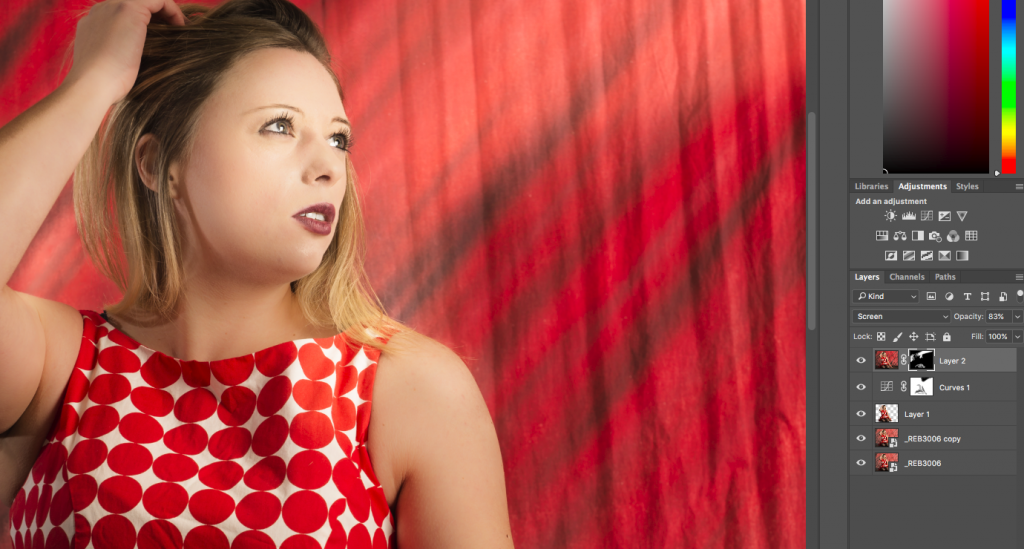 This months photo of the month I tried to pull off in camera, but did not quiet get the lighting on the models face right.  It was close and I was sure that a bit of photoshop could bring it back.

I did the majority of the editing in Lightroom, then applied some skin softening via negative clarity; then I took it into Photoshop to sculpt the light.  This turned out to be a mistake.

Its not a bad image but if you look at the models right arm on the left hand side of the photograph the transition from light to shadow just looks wrong and broken.

I was fairly sure it was because I softened the skin in the wrong order so I needed to process the image again.  Lucky I had preserved the layers and it was a lot easier then I expected. 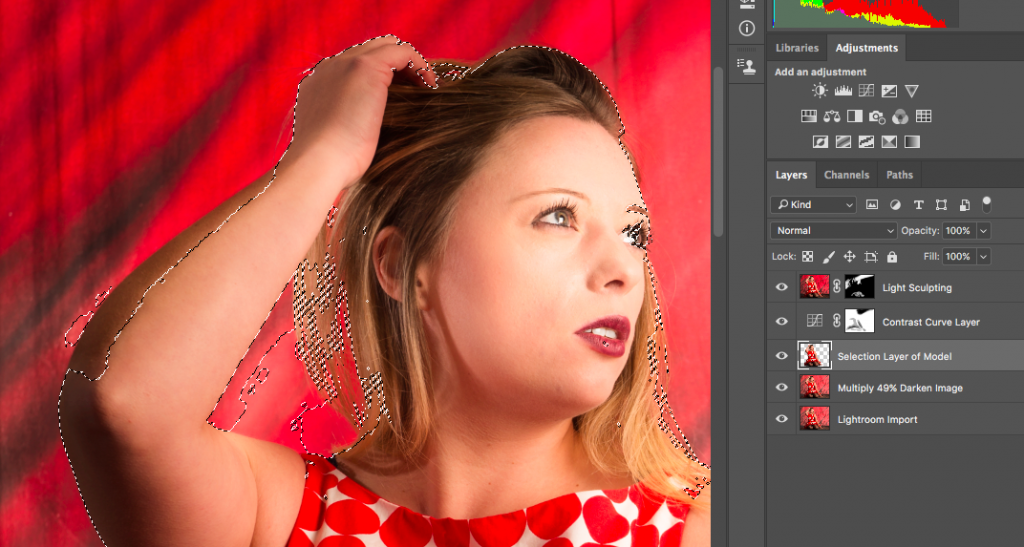 It was fairly easy to duplicate my work, you can Command-Click on the selection layer and copy the selection over to the other document.  You can also drag and drop the Curves layer and the masks, thus with just a few clicks I had recreated my Photoshop document but without the skin softening.

Saved then back to Lightroom for a touch of skin softening and a little sharpening plus vignette and you have the picture below and the picture of the month. 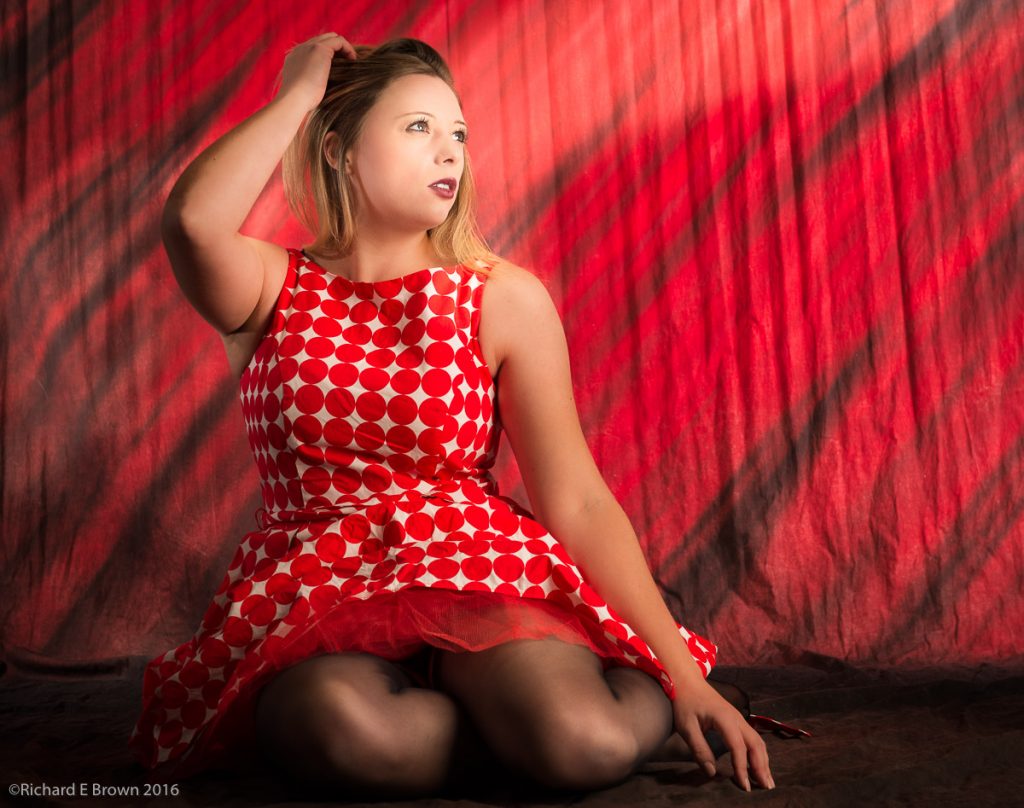