The NEC Photography Show started on Saturday and Chris Bennett and myself paid a visit this Monday to the four day show.

Last year was our first time there and I got the chance to hear a seminar by Joe McNally. This year while there are some great photographers I would have liked to listen to and meet, no one that I was interested in was giving a seminar on the main stage this Monday.

This year was the biggest yet and we had more stands and some of the bigger names in photography.

Sony and Leica did not make it last year but were here this year. The local camera shops all stock Sony, but Leica have many models that I have never had a chance to try out, so that was the big excitement for me.

The Leica T was what we got our hands on first. Its quite a technical tour de force and the touch screen works well, but the handling and ergonomics is not for me.

The Leica X Vario was a disappointment when released, people did not like the slow lens. Its handling is actually not bad and its optional EVF was very usable. I was disappointed with the performance, it was slow to write to SD card, and until the write had finished it was not ready to shoot again. I am not sure if this is generally the case or was just an issue with this camera because of an issue or a slow SD card was the cause of it.

After writing this I checked a few review sites, as I could not remember people saying this was an issue.  It turns out that it is not an issue with a fast card but if you use a slow card like I did, it is an issue.

When I got home and checked out the image, I was a little concerned with the white balance, it was definitely on the purple side.  You can never be sure if a camera at the show is performing as it should as many other people have had their hands on it.

Under difficult lighting conditions like a show like this most cameras get it wrong.  Sony’s can be particularly bad at this, whilst the Nikon Series 1 and the Olympus seem to get it right.

I did not get the chance to try my memory card in the Leica T but did with the other three cameras.  The Leica X Vario definitely had the worse performance but as you can see above, its produced a pleasing and usable image.  The exposure was 1/8 of a second at ISO 100 so you cannot complain.

Next up for loading my SD card into was the fixed lens compact Leica X (113).  In pictures and in the flesh this is a lovely little camera.  It was a shame they did not have the EVF for this as I hate composing on the screen but again it was a nice handling camera.  This camera handles like the X Vario which is to say very well.  I used the same slow SD card in this but had none of the issues with shooting that I did with the Vario.  The X 113 I guess has a fast large buffer to stop it being an issue.  The lens is a fast f/1.7 and I shot wide open at ISO 100.  The white balance was still a little on the purple side but did a far better job then the Vario.  You can really tell the X 113 is a generation ahead of the Vario.

I saved the best till last, the M.  I was disappointed to find it thicker and heaver then my Leica M8, but the shutter was nicer.  The picture straight out of the camera was about spot on.  No issue at all with white balance.  With the early firmware people complained about skin tones being too red but as you can see above its not issue at all now.

The M series of digital cameras have never been know for there low light performance.  Certainly I would not want to use my Leica M8 above ISO 640 unless I had to.  The top photograph of Frank Doorhof was taken with my Leica M8 and apart from a slight white balance adjust is pretty much straight from camera.  The M shot was taken at ISO 800 and its colour and noise beats my Leica M8 at base ISO.

The other thing to note is the shutter.  The original M8 shutter was terrible.  The M8.2 upgrade and M9 shutter was better but its not great.  The M finally has a quite usable and predictable shutter.

What also needs to be considered is that when shooting close up the X 113 automatically stops down to increase image quality and is not something you can override. 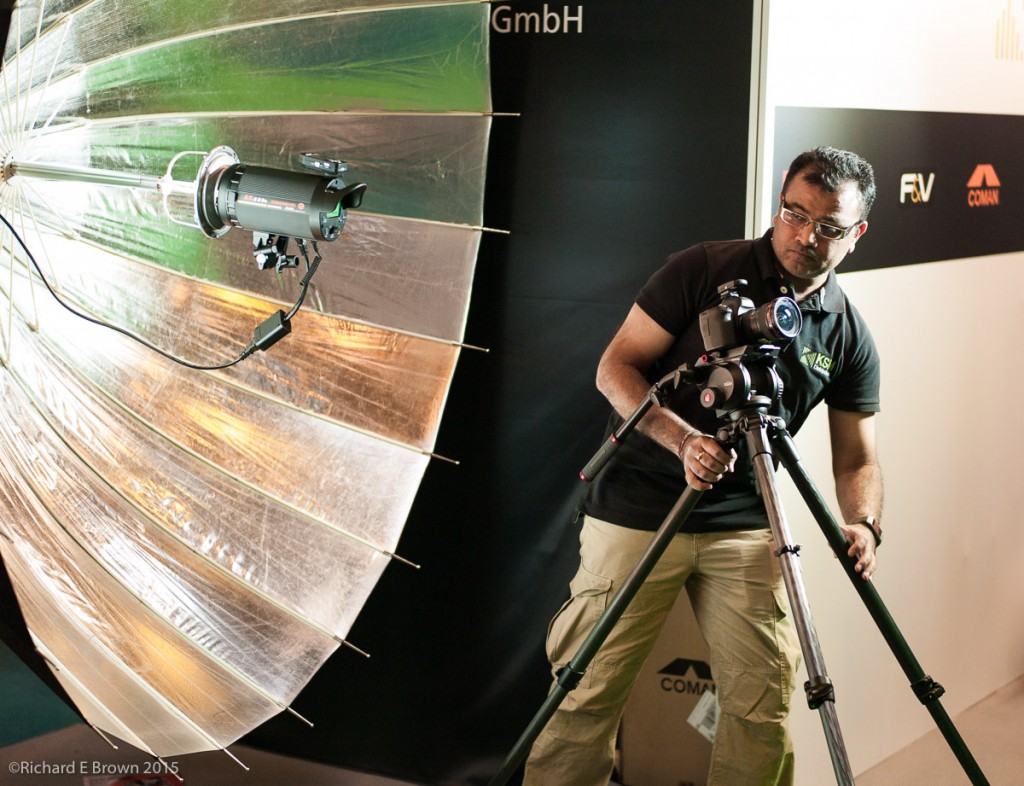 So what else.  Well Chris at the moment is really enjoying his Olympus OM D camera.  So we made a bee line for there cameras.  I was interested in comparing the OM E10 with the E5 MkII.

The OM E1 is a great fit to the hand, and whilst the OM E10 is very small, its also fits the hand well.  The OM E5 being in-between should hit the sweet spot, but without the grip its to large and two small as odd as that sounds.  If your getting one I would say get the OM E1 or the OM E10, if you do want the OM E5 then it needs the grip to handle well.

Olympus were holding a few seminars themselves.  So we booked ourselves into a couple.

The first was by Animal Photographer Linday Dobson.

She had some great tips and it was good to see photographs of animals that anyone could take, ducks, chickens, foxes, not zebra, elephants and lions.  Very approachable photography.

The second seminar we caught was by ‘The Baby Whispers’, this was led by Damian McGillicuddy and he gave some great tips. 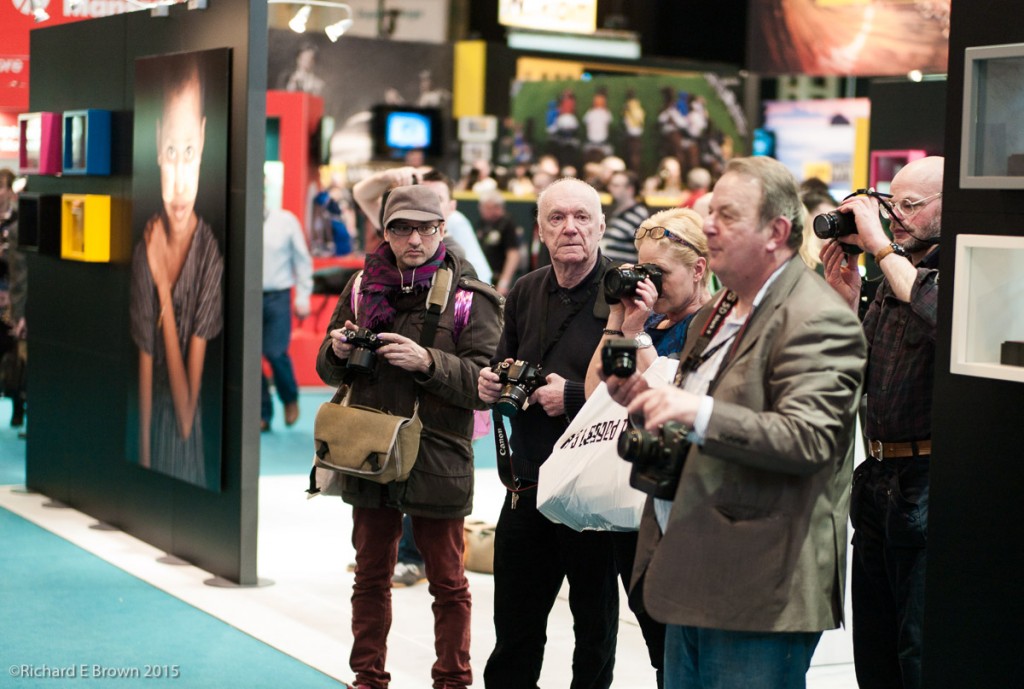 The big question is did I buy anything, well yes.  The big purchase was my new scanner, its the new Epson due out end of April, so I have to wait a while but ordering at the show did get me £200 off the list price.

I also got a great deal on paper.  I got some half price Canson A3, and some test packs from  a few other manufactures.

Lastly I picked a few memory cards.  You can never have too many.