We all want more resolution, and towards this end megapixel counts get higher and higher.

When it comes to resolution though, there are often surprises in store.

This surprises a lot of people. The general rule is the more megapixels the more resolution, but the Lecia M9, and now the recently announced Fuji X Pro 1 show there is another way.

What many people do not realise is that there is a filter designed to stop Moiré in front of the sensor.  An unfortunate consequence of this; is that it reduces resolution.  Back in the days when cameras were under 4MP, Moiré was common so a strong anti-aliasing filter was necessary, as megapixel counts increase it becomes less common, and when it does happen it can be corrected in post production. 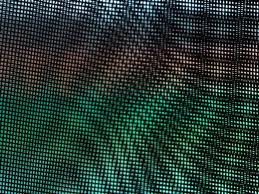 Example of Moiré from: http://www.ics.uci.edu/~eppstein/pix/casselpool/FenceMoire.html

As most camera users do not do much post production then it is in the camera makers best interest to put in a strong anti-aliasing.

Medium Format Camera Manufacturers  expect there cameras to be used by professionals and that post production on the images will be done as a matter of course.  So they do not use anti-aliasing filters, thus have very high resolutions, far exceeding what you might expect from there megapixel count.

Now though Small Format Camera Manufacturers are also starting to do this.  The Leica M8 was one of the first, followed by the Leica M9.  These cameras are targeted at the professional and enthusiast market.

Many people surmise that the new Sony NEX-7 has a weaker then normal filter and Fuji have admitted that this is the case with the new Fuji X-Pro 1.

As a side note it should be remembered that the more Megapixels then potentially the slower the camera, the slower your workflow, the more storage you need, the bigger and faster your computer needs to be (don’t forget more memory) and in low light the more noise and poorer image quality you may have.  There is a reason why many photographers prefer the Nikon D3s (12MP) verses the Nikon D3x (24MP).