Today saw the release of iOS8.  Less of a visual change then iOS7, more polish and tweaks, but lots of under the hood changes and more api’s for developers to better integrate with the system.

I think many are disappointed that its not a radical change but that is rarely Apple’s way.  A bombshell onto the market with the initial product then polishing it enough to keep it ahead of the competition.

With the tighter integration with the new Mac OS coming we hope next month plus iCloud improvements and the Apple Watch next year, then for Apple users it makes it a powerful combination of products.  If your not fully into the Mac ecosphere then the updates will make much less of an impression to you. 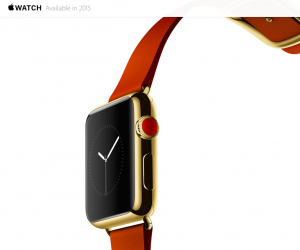 I updated my iPhone5 and it seems a little quicker, I updated the iPad 2 and switching between apps is much more sluggish, i’ll update Caroline’s iPhone4 latter in the week.  I have made sure I have an image of iOS7 for the iPad2 and the iPhone4 so if I need to roll back I can, always a good move for such old hardware.

I possibly made the mistake of upgrading my iCloud documents to iCloud Drive, for now may Cloud documents are only available via a web browser and my iPhone5, I cannot seem to get them on the iPad, and the Mac will not get that function until next month.  I may just have to download them all and work on them locally for now.