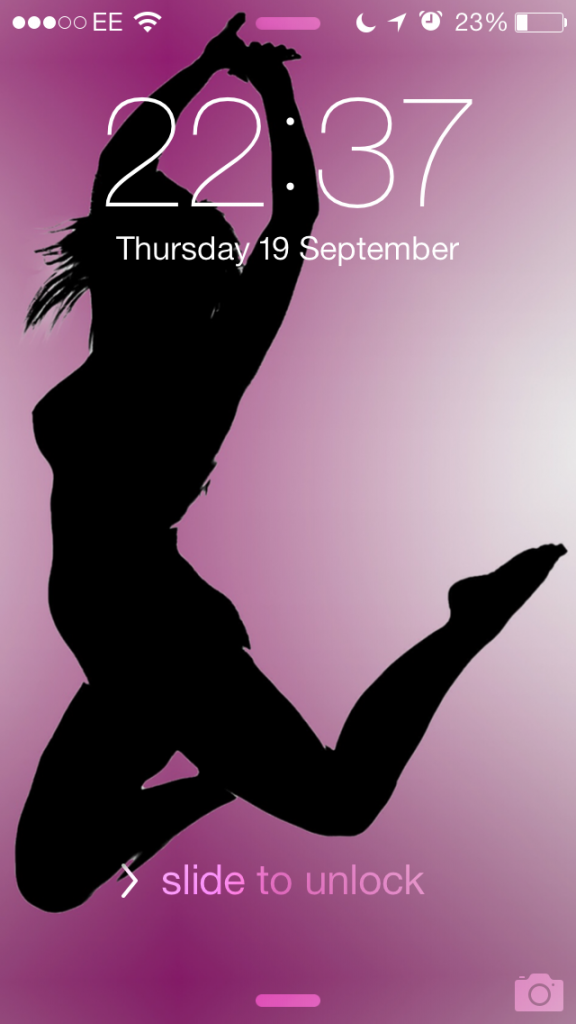 Well its now just over 24 hours since I updated to Apple’s latest and greatest iOS.  If you read the internet forums its either the greatest thing ever or the biggest disaster ever and Apple will go bust in days.

So far I like it, lots of improvements to functionality.  I do find it slightly less intuitive but one quickly finds ones way around.  The biggest issue is for me is the icons look a little odd and a bit like cartoon icons.  They may work better with the more colourful iPhone 5c.  Also so I am not sure I like the way folders take on the colours from the background it can look a little odd sometimes.

Overall I like it, and its a much improved OS.  In case you are wondering the photo above that I am currently using on my lock screen was taken last year in the studio.  A strongly lit background with no light on the model.  I had her repeatedly jump up in the air while I photographed her.  It was a fun shoot, quite a laugh for both of us but very tiring.  The pink gradient was added later in photoshop.