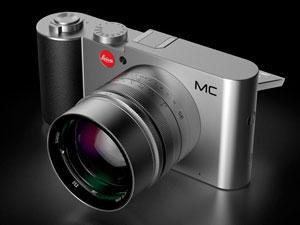 Everyone it seems wants a mini Leica.

Leica make the best glass in the world.  I own the 24mm, 35mm and 50mm Leica M lens, I admit they are expensive, they are manual focus but they are small and perfectly formed jewels.

I have not yet bought a Micro Four Thirds camera but have bought a film M4 and a digital M8.  Many people would dismiss technology that old but thought it has taken me over a year to master the art of developing a digital RAW file from the M8 I can now produce an image that at base iso rivals even the best that modern cameras can produce.  The M4 film camera was an emotional purchase, its a camera made the same year I was born and gets used as a fun toy rather then a working camera.

So while Leica cameras have always been somewhat second best compared to their rivals (some may disagree), the lens are excellent and are hard to beat.  What people want is a modern Leica camera to use their Leica glass on.  The M9 is a great camera but the range finder experience is not for everyone and takes regular practice to be able to focus accurately and the CCD sensor while capable of stunning sharpness and a more natural film like grain cannot match modern sensors with there high iso capabilities and live view features.

People want the holy grail, a real Leica, autofocus, all mod cons and be compatible with Leica M glass.  Oh and Cheap!