Another typical March.  Lots of work because of year end.

People spending there budgets, projects to be finished.  Hard work but satisfying.

One of our major customers was reviewing its phone and PDA (Personnel Digital Assistant) strategy.  So as I am an expert in that field I got to play with the very latest mobile phones and PDA’s again!  Must admit while many have more functions then my iPhone or Caroline’s iTouch, they are still the best email and web platform we have ever used.

The first weekend started with a bit of DIY, after the Earth Quake on the previous Wednesday (see February’s report), we started the weekend with gale force winds.  Unlike last year where we lost the whole of the back fence, we only lost one panel at the side of the house.  Sunday I had planned to attend a lighting seminar at a local photography studio but unfortunately it got cancelled.  It did mean we got to spend the day with Mum Brown, it being Mother’s Day.  We had a big chilly feast, with lots of fresh bread and salad, chips and dips!  It all went rather well.

Surfing the net we found a new blog to read, if your into blogs and motorcycles its a great read.  Its always good to read about women enjoying motorcycling.  Find it at http://www.bluepoof.com/ Nice to know Caroline is not the only female motorbike rider in the world. 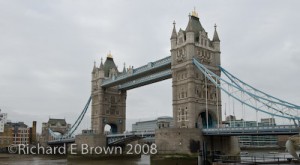 I also had to find time for some in house training and a couple of days in London.  Having to work in London has many disadvantages but at least I got the chance to photograph a few of London’s more famous sites.  Shame that those two days coincided with the worst storm England and Wales has had so far this winter.

We also had another week off work, that finished all our leave for 2007-2008 that had to be used before year end.  We spent the week down in Bournemouth, Caroline sowing and shopping, while I was at Bournemonth Airport attending Ground School taking more flying exams.  Air Law, Human Performance and Meteorology had already been passed, but Law and Human Performance were out of date, so in a very busy week, I had lots of study and as well as the new exams.

Thats now all the theory work passed just practical left!  Thanks to all the ground instructors at Bournemouth for the great teaching.

We finished the month celebrating another birthday.  The Caroline’s farther, Alan was another year older so we all had a big family get together to celebrate.