Our first major trip out on our Photography tour of the South West saw us heading out to Hay-on-Wye. First stop was to the North East, English side of the River Wye. I was trying to find a clear view point towards Tintern Abbey. There was a road that according to the map had possibility. We eventually found it but the road quickly deteriorated to the point that only a four wheel drive vehicle could continue so we had too head back. 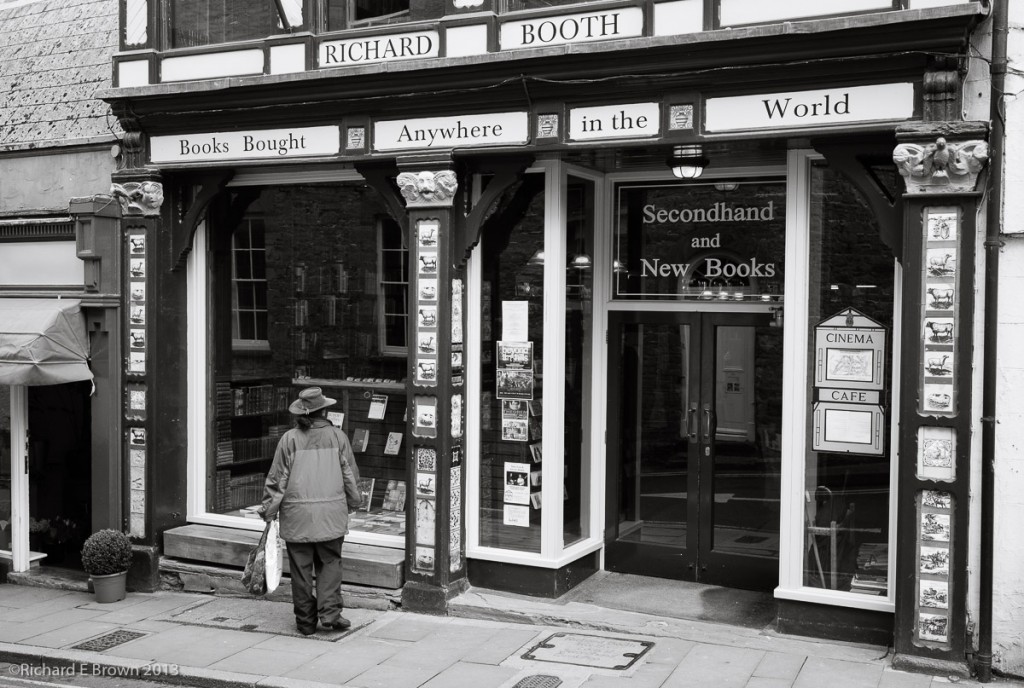 Once back on the main road we headed to Hay-on-Wye. A small town in Wales but quite a capital of books. We explored its streets where nearly every other shop sells books.

Books are quite a vice for the both of us and far to often indulge our passion. I managed to accomplish quite a coup and managed to purchase a first Edition 1935 Leica Manual. Not the typical manual but a hard back book nearly 500 pages detailing all aspects of the Leica system.

I also managed to find in one particular fine and beautiful book shop two books from a set of three I have been after for a long time.

The master of Black & White Ansel Adams wrote three books, one called ‘The Camera’, one called ‘The Negative’ and one called ‘The Print’. One of the shops had the first two. The staff in the shop were extremely knowledgable and one of them was also a Leica M user so we had a good talk about the Leica System. He had the M9 and was thinking about purchasing a M7.

Being the owner myself of a Leica M4 and a Leica M8 I find them quite complimentary. In fact I would love to add a film MP and. Leica Monochrom.

Walking the streets of Hay-on-Wye I enjoyed immensely exploring its shops and taking snaps of the scenes that emerged before me.

As a portable travel camera the Leica is ideal. If you like the range finder experience and manual focus the enjoyment if using such a precision instrument is truly a joy and makes photography a true artistic passion and pursuit.