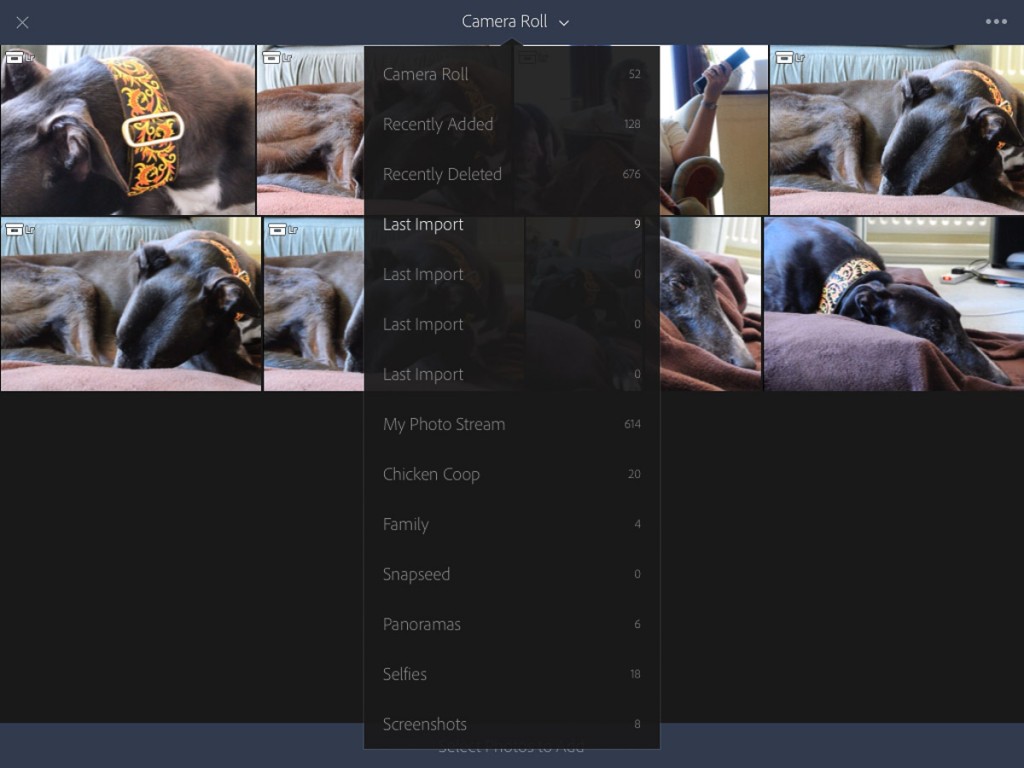 I have always been a person who loves technology and the limits it can reach. In fact, I even got professional mobile app developers to create an application for my company, which I will be unveiling soon in the following posts to come. Most of the electronics I use personally belong to Apple, as I just love its user interface and its camera quality.

With iOS 9.3 safely working on my iPad2 I decided to do some more testing with Lightroom Mobile.  The biggest issue has always been the RAW file handling but there are other issues and advantages to Lightroom Mobile.

The first problem you hit is the import process.  Most people say this is an Apple issue and they are probably correct, you see developers cannot import photographs from the card reader you plug in, only from the camera roll, so it could be your duplicating your photographs.

So first job is the import from memory card into the camera roll.  The import process seems to support RAW and jpeg, but while it imports them, when you view the RAW you are not really viewing the RAW, you are viewing the embedded jpeg.  Then you fire up Lightroom Mobile and import from the camera roll in the app.  If you shoot Nikon and are shooting RAW then at this point you hit a major roadblock.  Lightroom Mobile cannot see the RAW files.  Canon users report the same issues on the forums.  The problem is RAW support, every manufacture with the exception of PhaseOne, Ricoh, Leica (the ones I am aware of), use a proprietary RAW file, Apple would have to release an iOS update every time a new camera is released with the necessary support, the best answer is for everyone to adopt DNG, the best we are likely to get is that Apple allow Adobe to import the files directly and Adobe have the RAW support built into Lightroom Mobile like they have to with the Desktop version.  The way round is to shoot RAW+JPG, this way you can work on the JPG and later when you dock you iPad to your computer running the desktop version of Lightroom you can import the RAW’s.  You can then sync the jpeg changes across you made in Lightroom Mobile, see my previous blog post on Lightroom Mobile Workflow. 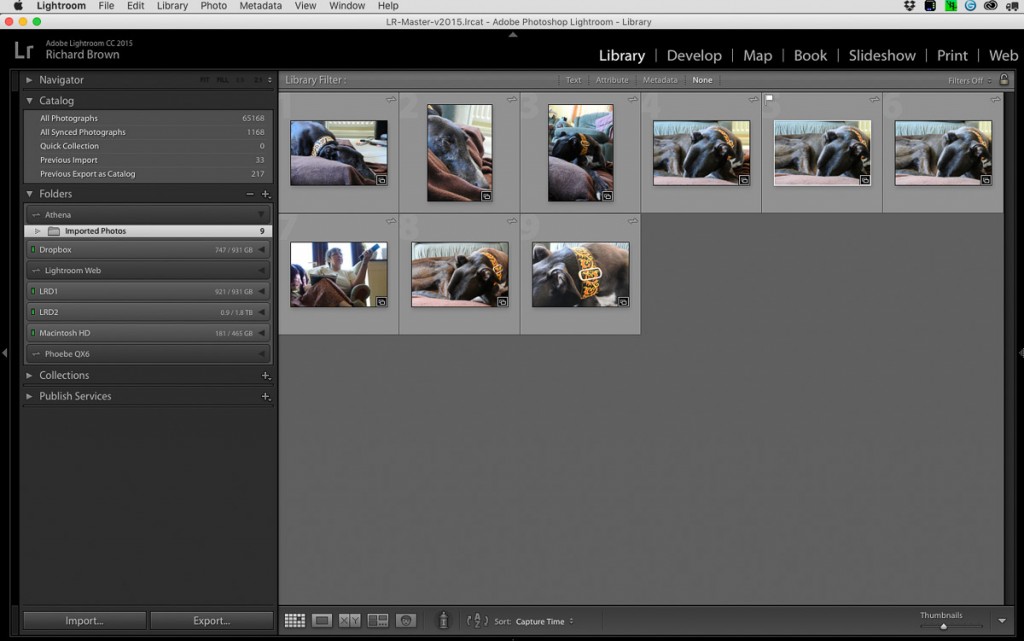 Any changes you make on the iPad in Lightroom Mobile or on the desktop version get synchronised across as long as your on-line.

To get the RAW’s into Lightroom you will have to dock your iPad to the desktop computer running Lightroom. 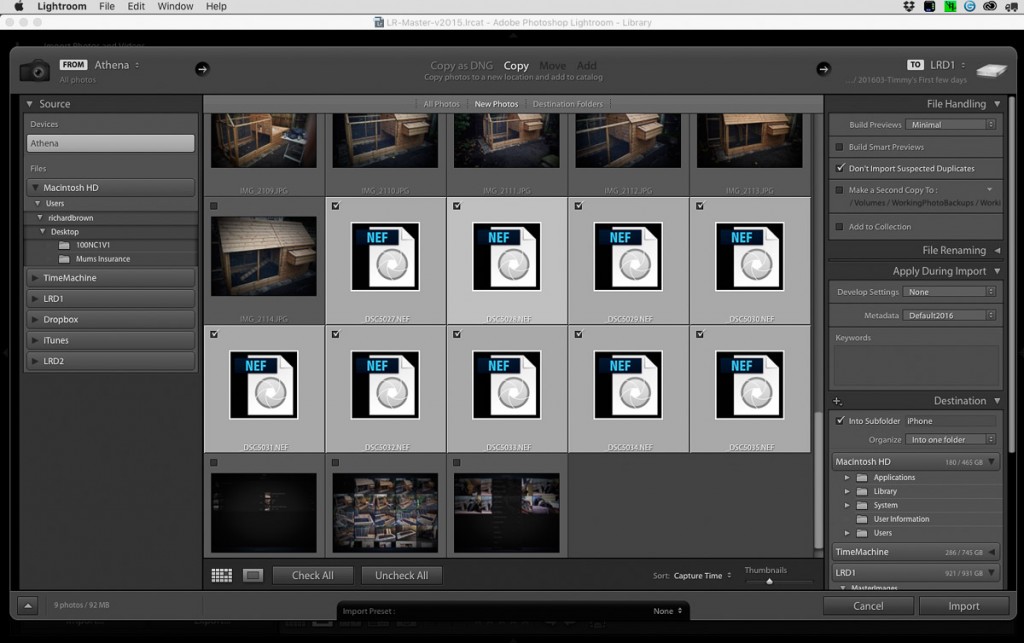 You can then import the RAW’s direct from the device.

If you have been following this then you will have now picked on several issues.

All of this then made me think.  So what happens when you use a camera that can save its RAW files in an open standard.  Now I use a Leica M8 and usually shoot RAW+JPG and when working this way the work flow is as above, as Lightroom Mobile ignores the RAW when there is an accompanying jpeg. 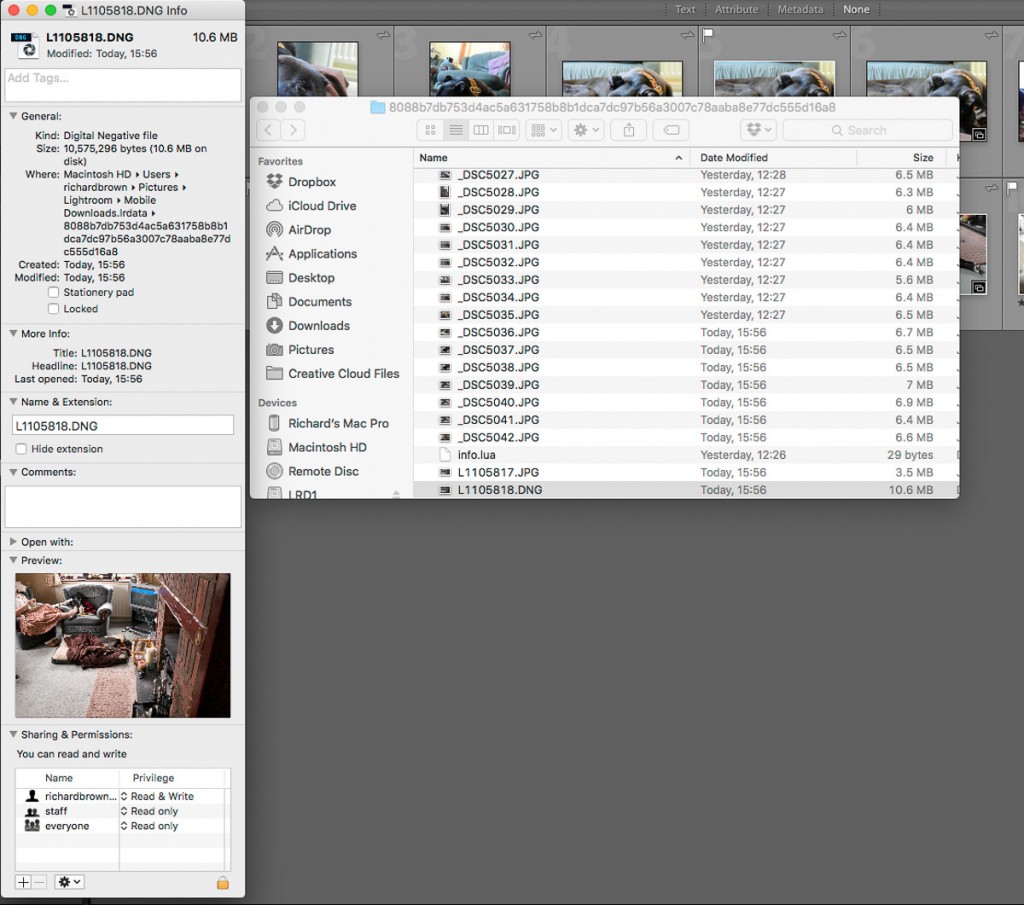 So I changed the settings on my Leica M8 to shoot just RAW files and imported them into Lightroom Mobile. I then popped over to Lightroom on the Desktop and checked the file.  The original DNG RAW file was there, so you can have a working RAW work flow but you need a camera that can shoot DNG.